It’s done, I manufactured the printed circuit board, drilled the holes, soldered the vias as well as every single SMD piece on that thing.

We got 16 PWM controlled SMD-LEDs(Light Emitting Diode) on a 40x40mm printed circuit board. In addition to light, it features the following additions:
– One boring button, used to boot into the bootloader and reprogram the device. Can be used for other stuff as well.
– A 47kR thermal resistor used to seed the random number generator.  Neat for just checking the temperature too.
– A standard USB-Micro connector for power and reprogramming. Could also be used to emulate a mouse and annoy your co-workers by hiding it behind their PC.

At the core we have a PIC32MX250F128B which is a USB capable 32-Bit Microcontroller from Microchip.  There should be more than enough flash and RAM in that thing to realize almost everything you can dream off. (Considering the constraints of one button and 16 blinky lights).

And here it is: 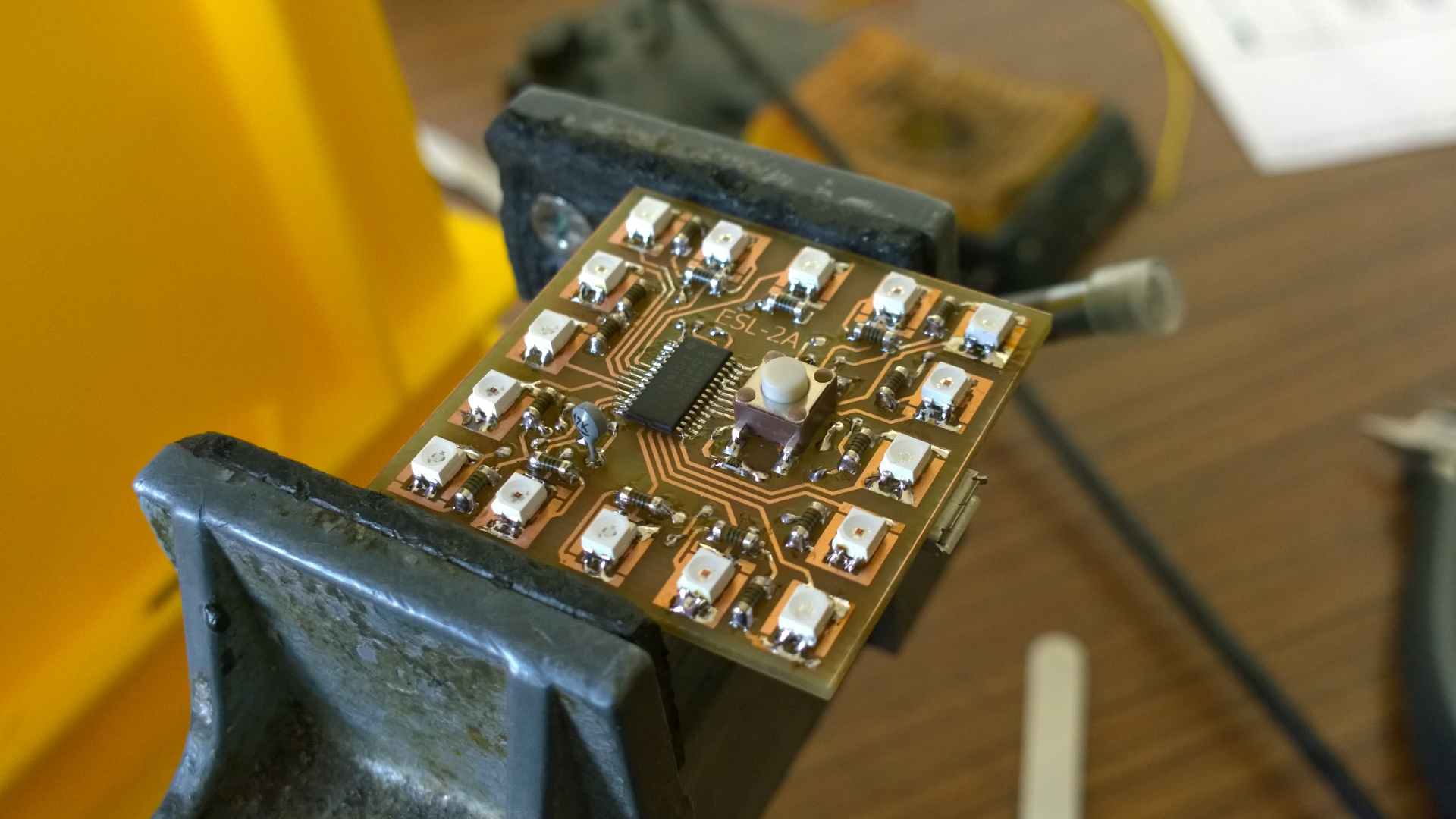 And that’s just one possible pattern out of many.  Once I get PWM working the lights can be dimmed as well. At full power this little monster is actually capable of giving you a headache or two.

Well then, so much for the intro! My PWM troubles get their own post describing what went wrong and how to solve it. (It was a rather dumb mistake, honestly).